Supreme Silence” is based on the rituals of the Tibetan Buddhist Kagyu school, which are generally never performed in public.
The aim of the Sanskrit mantra is to purify the mind, to achieve transcendental wisdom, and ultimately to identify with the Vajra-being. The Tibetan prayer, written by Lord Jigten Sumgon (1143-1217), is an aspiration to be reborn in the so-called Pure Buddha-Land, ruled by Buddha Amitabha. The essence of the work culminates in the third movement with five minutes of complete silence: One of the principal philosophical doctrines of Mahayana Buddhism is the concept of shunyata or voidness.

It is a contemporary mucic written for Irén’s voice, and for the Estonian National Male Choir, and for Arsis English Handbell Ensemble. 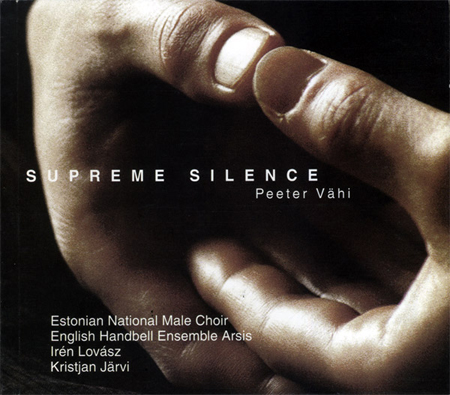