Világfa (World tree) is a mythological image that exists in Hungarian culture and in other cultures as well. Its branches, trunk and roots tie together the various dimensions of space and time in the real world and in virtual reality.

This is what this recording entitled “World tree” also does.

This collection of music strives to present the colorfulness of the many-layered ancient Hungarian folk song. Through ancient carols and musical parallels from other related cultures, it starts with the various references to the magical stag from ancient Hungarian mythology, making a sweeping arc from east to west with examples of Hungarian folk song to show the similarities and idiosyncracies of Hungarian folk song of each region. Contemporary researchers have described the old style Hungarian folk song as being quite complex: the psalmodic and diatonic style of the mourning songs, tetratonic melodies, pentatonic descending – fifth construction style, the layer of shepherd tunes with descending pentantonic structure, etc. The two oldest styles of mourning songs are considered to be remnants of the standard European musical language of the centuries preceding the middle ages, while the descending pentatonic style indicates the connections between Hungarians and the ancient Turkish peoples. Here the old Hungarian folk songs are coupled with a musical accompaniment reminiscent of the ancient and even the new instrumental music world of other cultures. The world tree gets its sustenance from the soil of many cultures, beginning at its roots, branching out, reaching out, bearing many kinds of fruit in its great far-reaching crown of branches. Its branching roots meet to create an elliptical system like in the most ancient drawings of ornaments.

Now at the beginning of the 21st century, it is quite possible that the music which we presently know as the music of traditional cultures will disappear and be completely dissipated in the new world global whirlpool. The disappearance will be final. These musical thoughts, constructions, basic melodies, performance styles will never be born again and their loss will be irretrievable. At the same time we also lose the chance of uniting music of different traditional cultures.

Paralleling this is the possibility of the emergence of a musical synthesis, which couldn’t happen in traditional life. Several examples of that can be heard on this CD.

This is a musical journey into virtual time and space; playing with the notion of what cultural possibilities there might have been if our Hungarian forefathers had headed eastward or southward from their ancient Oriental homeland instead of heading west. The music on this recording also shows how the richness and universality of the original Hungarian folk music lends itself to impregnation with old and contemporary musical languages of other cultures, in the mode of today’s world music and the future electronic world. (Irén Lovász, Budapest, 1995.)

This recording was first released in 1995 as the music accompanying the exhibition at the Hungarian National Museum, celebrating the one thousandth anniversary of the Hungarian conquest of the Carpathian Basin. The second release was published by Fonó Records in 1999. This is the third, revised, remixed edition issued in 2009. 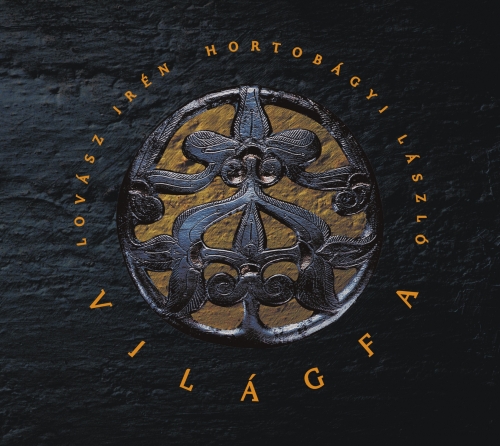